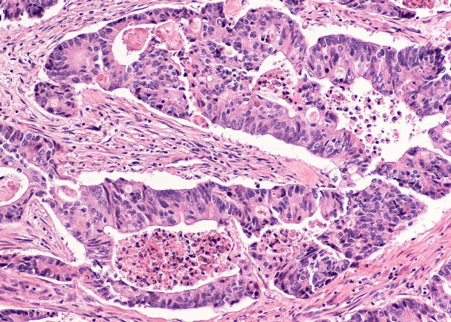 A medication more commonly used to treat fungal toenail infections may be helpful in fighting off persistent colorectal cancers which kill 4,000 people in the Thailand each year, a new study has found.

Colorectal cancer is the UK’s fourth most common cancer but its second biggest killer and scientists hope that antifungal medication, itraconazole, could help prevent it coming back after treatment.
Researchers from the Cancer Research UK Cambridge Institute found that the drug was able to kill off tumours in mice, but also wiped out “dormant” cells which can allow a tumour to recur later.

These sleeper cells occur in many types of cancer and are unaffected by conventional chemotherapies, which target cells as they grow.

Scientists have yet to establish what causes the cells to reawaken and start growing.
Dr Simon Buczacki said that itraconazole "seems to kick both dormant and non-dormant cells into action". He added: “It forces cells back into a short cycle of growth before slamming on an irreversible ‘stop’ button, entering a permanent standstill that’s known as senescence.”
Itraconazole, which has yet to be tested for safety or effectiveness in human cancers, works on a part of the bowel cancer life cycle which is important in several different cancers.
It blocks a cellular mechanism called Wnt, which plays a part in the growth and spread of tumours. In the mice studied it caused them to collapse when their growth halted and sleeper cells were mopped up.

This could be particularly important in hard to treat, later stage bowel cancers which may have already recurred from these cells or be otherwise resistant to chemotherapy.
If caught early bowel cancer, which affects the colon (large intestine) and rectum, can generally be treated successfully but because symptoms are often non-specific for a long time diagnosis is often late.

Today’s findings, published in the Journal of Experimental Medicine, are a step towards tackling “one of the biggest challenges” in cancer research today, said Professor Greg Hannon, the Cambridge institute’s director.“If we find ways to target these cells in bowel cancer, it might provide insights into tackling the problem of dormant tumour cells more broadly,” he added.

Researchers who were not involved with the Cancer Research trial said work to reduce recurrence was welcome, but cautioned the findings were yet to be demonstrated in people.
Dr Julia Ambler, head of research at Bowel Cancer UK and Beating Bowel Cancer, says: “This early stage study in mice highlights the potential benefit of this medication in treating certain types of bowel cancer and possibly reducing the chance of the cancer returning.

“However, further research in this area is needed to understand whether the same effects are true in people with bowel cancer.”