Altering Chemotherapy Improves Outcomes in Early-Stage Pancreatic Cancer
Staff Writer, TMN  Jul 08, 2018
Results from two clinical trials are expected to improve the outlook for people diagnosed with early-stage pancreatic cancer that can be treated with surgery. 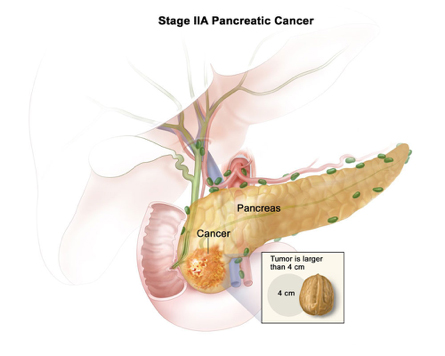 In the first trial, changing the type of chemotherapy given after surgery from a single drug to a multi-drug regimen greatly improved how long patients lived. Patients in the trial treated with the multi-drug regimen survived for an average of 4.5 years after treatment, substantially longer than expected.

Such a long duration of survival for patients with this aggressive cancer type “is something that I thought I would never see in my lifetime,” said Colin Weekes, M.D., Ph.D., of Massachusetts General Hospital, who was not involved in the study.

The results from both trials were presented earlier this month at the American Society of Clinical Oncology annual meeting in Chicago.

“We now have data showing that if we do something pretty radically different than we did before, we're going to get better results,” commented Allyson Ocean, M.D., a gastrointestinal oncologist at Weill Cornell Medicine and New York-Presbyterian, who was not involved in either trial.

An alternative chemotherapy regimen called FOLFIRINOX, which consist of four different drugs, is the first treatment option for patients whose cancer has already spread to distant sites in the body, or metastasized, at the time of their diagnosis.

Although FOLFIRINOX is more effective than gemcitabine in patients with metastatic pancreatic cancer, doctors have thought that it would have too many debilitating side effects as adjuvant therapy for patients who have recently undergone and are recovering from surgery, explained Udo Rudloff, M.D., Ph.D., of NCI’s Center for Cancer Research, who was not involved in either trial.

The PRODIGE 24 trial, conducted in EuropeExit Disclaimer, tested whether this was, in fact, the case. Nearly 500 patients were enrolled in the trial, all of whom were relatively healthy and under the age of 80. Participants were randomly assigned to receive 6 months of gemcitabine after surgery, or 6 months of a modified and somewhat less toxic version of FOLFIRINOX (mFOLFIRINOX).

“I really believe these are practice-changing data,” commented Dr. Ocean. She changed the planned treatment for one of her patients the day after the PRODIGE 24 results were presented, just hours before he was scheduled to start chemotherapy with gemcitabine and capecitabine.

Although most patients who undergo surgery for early-stage pancreatic cancer are not as healthy as the patients in the trial, Dr. Ocean thinks that doctors will still likely try to give mFOLFIRINOX, or a further modified version, to many of them and see whether they can tolerate it.

“And if we're not sure, the best thing is always to discuss it with the patient and see if they want to take a risk with the more intense regimen,” she said. “Most of the time they will.”


Advantages to Giving Chemotherapy Before Surgery?


Although adjuvant chemotherapy has been shown to extend survival of patients with early-stage pancreatic cancer, Dr. Rudloff noted that waiting until after surgery to give chemotherapy has potential problems and might lead to inferior outcomes. “When patients have surgery first, a proportion have complications and then aren’t healthy enough to receive chemotherapy, or there is a significant delay in starting chemotherapy,” he said.

Almost all patients with early-stage disease likely have tiny, undetectable deposits of pancreatic cancer cells, called micrometastases, in other organs at the time of diagnosis, added Dr. Rudloff. So, if patients aren’t healthy enough to receive chemotherapy after surgery, they are at higher risk of their disease recurring earlier and having worse outcomes, he explained.

In addition, said Geertjan van Tienhoven, M.D., Ph.D., of the Academic Medical Center in Amsterdam, who presented results from the neoadjuvant chemotherapy studyExit Disclaimer at ASCO, in some patients the tumor is too close to blood vessels to be safely removed completely (borderline resectable pancreatic cancer). Giving chemotherapy before surgery may shrink such tumors enough to make complete removal safe.

Many oncologists who treat pancreatic cancer have already been giving neoadjuvant treatment, hoping to allow more patients to undergo surgery, explained Dr. Ocean. “And now there's data showing that we should,” she said.


Together, the two trials immediately raise additional questions, Dr. Rudloff said. They include whether mFOLFIRINOX should replace gemcitabine as neoadjuvant therapy and whether using newer types of radiation therapy, such as stereotactic body radiation therapy, in neoadjuvant treatment regimens could further improve outcomes.

While waiting for further trials, more oncologists will probably start to use mFOLFIRINOX both in the neoadjuvant and adjuvant settings, speculated Dr. Ocean. "The challenge will be to accurately predict which patients will be able to handle this more intensive regimen, especially after a major surgery such as a Whipple or pancreatic cancer resection," she said.

“What we need in pancreatic cancer, without any question, are better drugs,” he said. “And while these studies represent progress, it is incremental. There's so much room for improvement.”